#reshaping1989 How did the Wall come down? 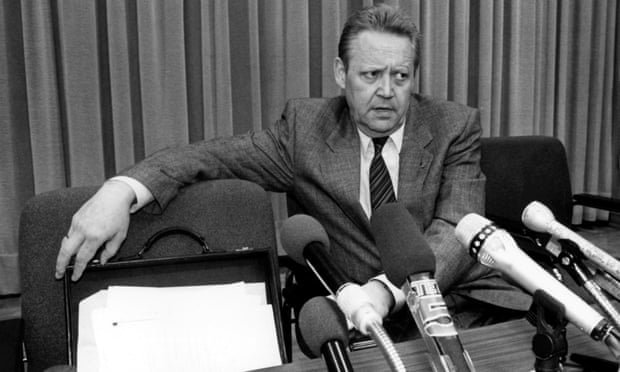 It was in the early evening on 9 November 1989, five days after half a million people gathered in East Berlin in a mass protest, that the Berlin Wall came down.

East German leaders had tried to calm mounting protests by making travel easier for East Germans, but they had not intended to open the border up completely. At a press conference Central Committee member Günter Schabowski made a more or less casual announcement of the new travel regulation for GDR citizens.

Due to mistakes in communication, he told the surprised journalists that private trips abroad could now be applied for “without proof of eligibility, reasons for travel, or family ties.” Permission would be granted on short notice and, most importantly, as far as he knew, he said, the regulation was to go into effect “immediately”.

At the press conference, nothing was said on the question of the Berlin Wall itself. However, as the news circulated on TV, more and more East Berliners started turning up at the checkpoints on the border to West Berlin, ready to exercise their new right to travel. The border guards had been given no instructions and had no idea what to do.

In order to relieve some of the pressure created by the crowds, the guards at the Bornholmer Strasse checkpoint let the first few people leave for West Berlin. During that night thousands of people flowed through, celebrating and crying. Many climbed the wall at Berlin's Brandenburg gate, chipping away at the wall itself with hammers. In the days and weeks to come, more and more crossing points were created between the two halves of the city.

The Wall divided Berlin physically and ideologically from 1961 to 1989 – one part of the city was in the Eastern bloc and the other in the Western. The fall of the Wall was a crucial event that marked a new chapter in history.