#reshaping1989 The "Embassy Storm" in Albania 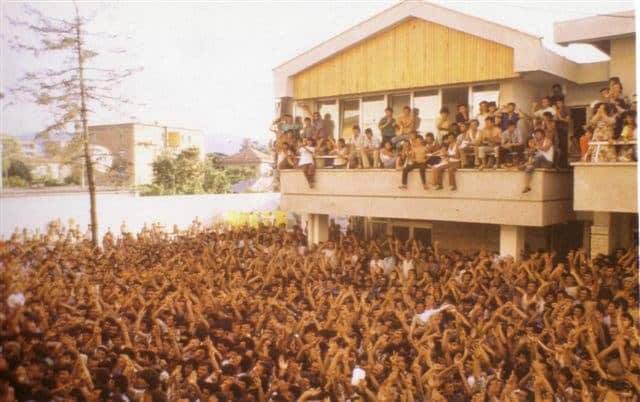 July 2, 1990, marks the beginning of the end of communism in Albania. 8 months after the Berlin Wall came down, the Albanian Communist Party was holding on strong, and the country was the last one in Europe to undergo democratic changes.

In the beginning of July around 4800 Albanians entered the premises of several foreign embassies in Tirana demanding to be helped to leave the country. By July 7, over 3000 Albanians were housed in the West Germany embassy in Tirana, seeking asylum and sleeping in the garden. Many more were housed in other European embassies around the capital.

On the next day United Nations envoy arrived in Albania’s capital city for talks with the government. An agreement was reached, and it was announced that the asylum seekers who have stormed the foreign embassies could leave. Arrangements were made for them to go to the city of Durres and then by ferry to Italy. Upon their arrival in Italy many Albanians were escorted by train to Germany, France and beyond with the help of the Red Cross.

After this first mass exodus, the end of the communist rule in Albania was a matter of time. In December 1990, student protests pushed the Central Committee to legalize pluralism.

Two months later, on February 2, 1991, a crowd toppled Enver Hoxha's bronze statue in Tirana's Skanderbeg Square. Hoxha was First Secretary of the Party of Labour of Albania from 1941 until his death in 1985.