#reshaping1989 ,,Young, beautiful and smart“: the overthrow of the old communist leadership of Montenegro 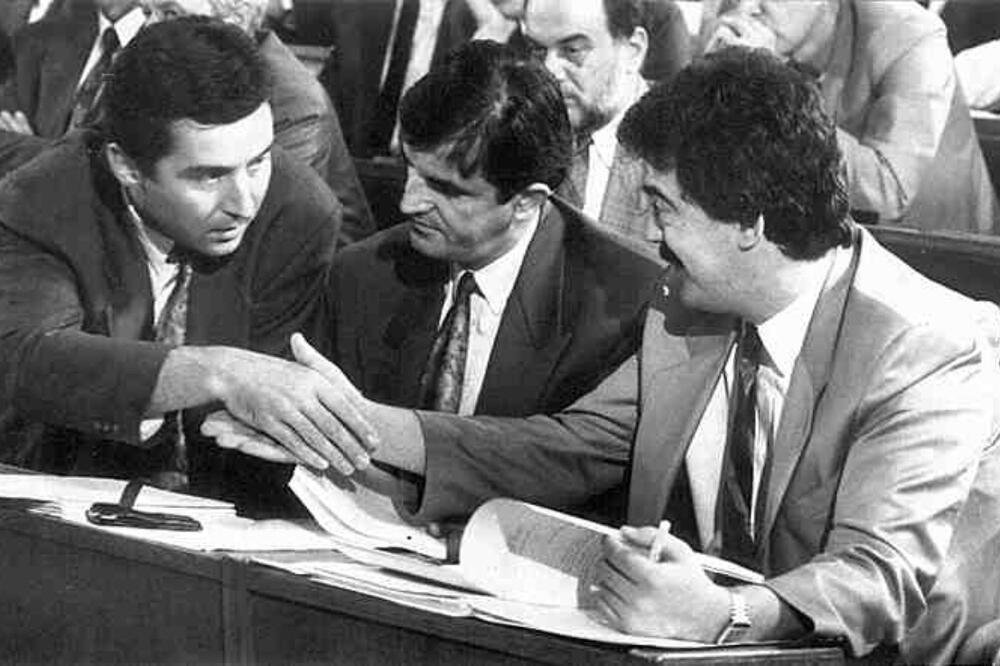 The Anti Birocratic Revolution (October 1988 - January 1989) led to the overthrow of the old communist leadership of Montenegro and the appointment of a new establishment. The new political leadership, led by Momir Bulatovic, Milo Djukanovic and Svetozar Marovic, transformed the Communist Party of Montenegro into the Democratic Party of Socialists (DPS).

The Communist Party, renamed DPS in 1991, won the first multi-party elections in 1990. In the next three decades, the Montenegrin political scene was defined by the rule of DPS, its split in 1997, and the dominance of these separated structures in the Montenegrin opposition. Even the loss of power of DPS at the parliamentary elections held in 2020, was achieved by the parties formed after the split of DPS.

The term „young, beautiful and smart” marked a new generation of communist leadership that introduced Montenegro to multipartyism, led to the end of communism, but also to the wars of the 1990s, the breakup of Yugoslavia, the transition to democracy and eventually to the restoration of independence of Montenegro.

Despite the divisions and conflicts, several members of this generation continue to play leading roles in the political life of Montenegro. A significant number of the current ruling and opposition political parties emerged from the framework of the united DPS or the former Communist party of Montenegro.