Documenta and partners invite you to join the International Spring Forum in a form of five online discussions dedicated to the topic of democratic revolutions 1989 and their legacy.

The international spring forum is a second activity in the frame of the project “Reshaping the Image of  Democratic Revolutions 1989: European contemporary Perspectives and forgotten Lessons from the Past”, co-funded by the Europe for Citizens Programme of the European Union. The project seeks to remind European citizens about the democratic revolutions 1989-1990 as a period  of arduous struggles for pluralistic democracy and peaceful coexistence in Europe with the aim to  strengthen the contemporary commitment of the European citizens to the preservation of democratic  pluralism and democratic institutions. While fostering the transnational dialogue of the European  citizens about 1989 and its consequences, the project increases awareness among the citizens about  the similarities of European countries and thereby contributes to the strengthening of European identity. Furthermore, the project fosters a resilience against contemporary populist narratives based on the  promise of a return to the allegedly “better past”.

Five consecutive online sessions on the Zoom platform are focusing on the past, present and future of Europe:

Following the short input of distinctive scholars and practitioners, the participants will have a chance to share their personal experiences or family stories related to “1989” as well as to the contemporary and future challenges of Europe. Join our interactive sessions and discuss the questions with participants from different European countries!

The online registration is open until 10th June. The number of participants is limited. Please use the following link for REGISTRATION 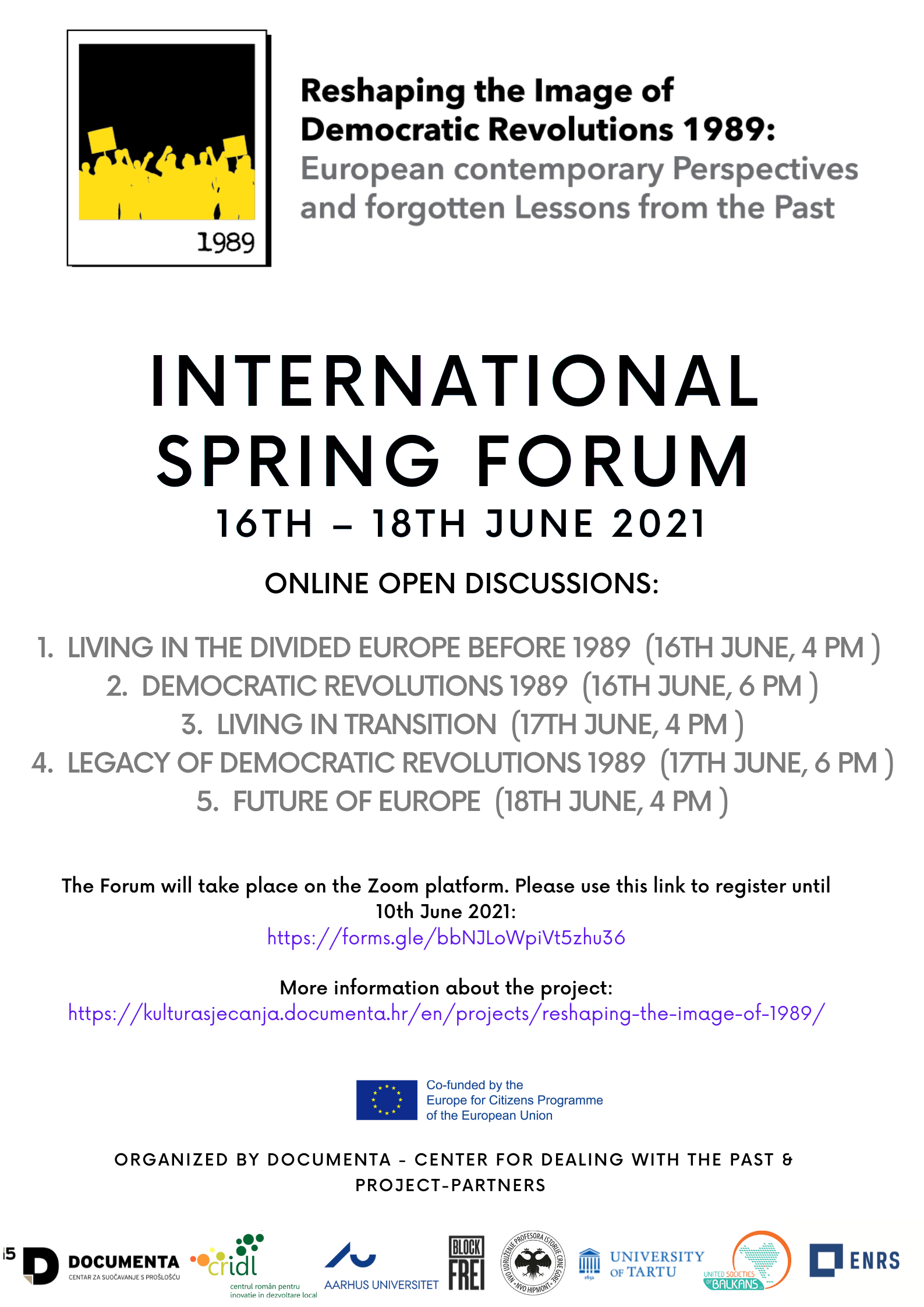