#reshaping1989 The "lamb brigades" of Montenegro 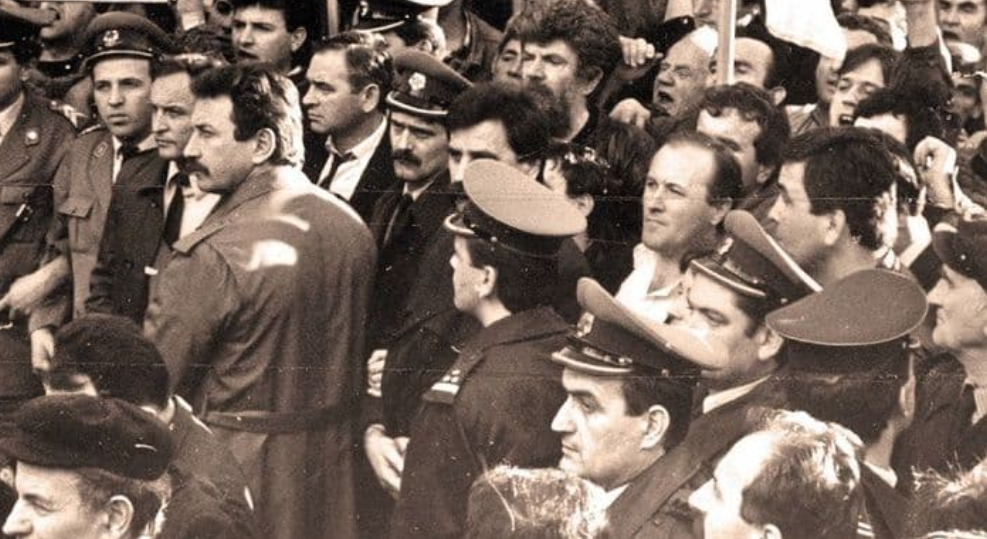 Although there are several theories about the origin of the phrase “lamb brigade”, what is known is that it was used in the Montenegrin public space in the late 1980s to describe the communist bureaucracy that was allegedly doing nothing but “overeating at the expense of the people at official lunches and dinners”.

The messages from the rallies that were organized in Montenegro during 1988 and 1989 indicate how much the stories about alienated politicians and the red bourgeoisie resonated with the people of Montenegro. The chants of the demonstrators, that the bureaucracy betrayed the ideals of socialism and the politicians lived opportunistically at the expense of the people, were some of the key accusations of the street protests.

Although even then many things indicated that these stories were propaganda created for the political goals of the nationalist movements, a few years later it was indeed shown that the stories of official lavish lunches were part of a deliberate campaign which had its epilogue during the Anti Birocratic Revolution (October 1988 - January 1989).

Ironically, Montenegro's party leadership lived more than modestly while the standard of living of workers in Montenegro (and Yugoslavia) was above that of the rest of the communist world. With the nationalists coming to power, Yugoslavia was pushed into a series of wars, most of the industry was destroyed, and the workers who had been demonstrating in 1988 and 1989 lost their jobs very soon.