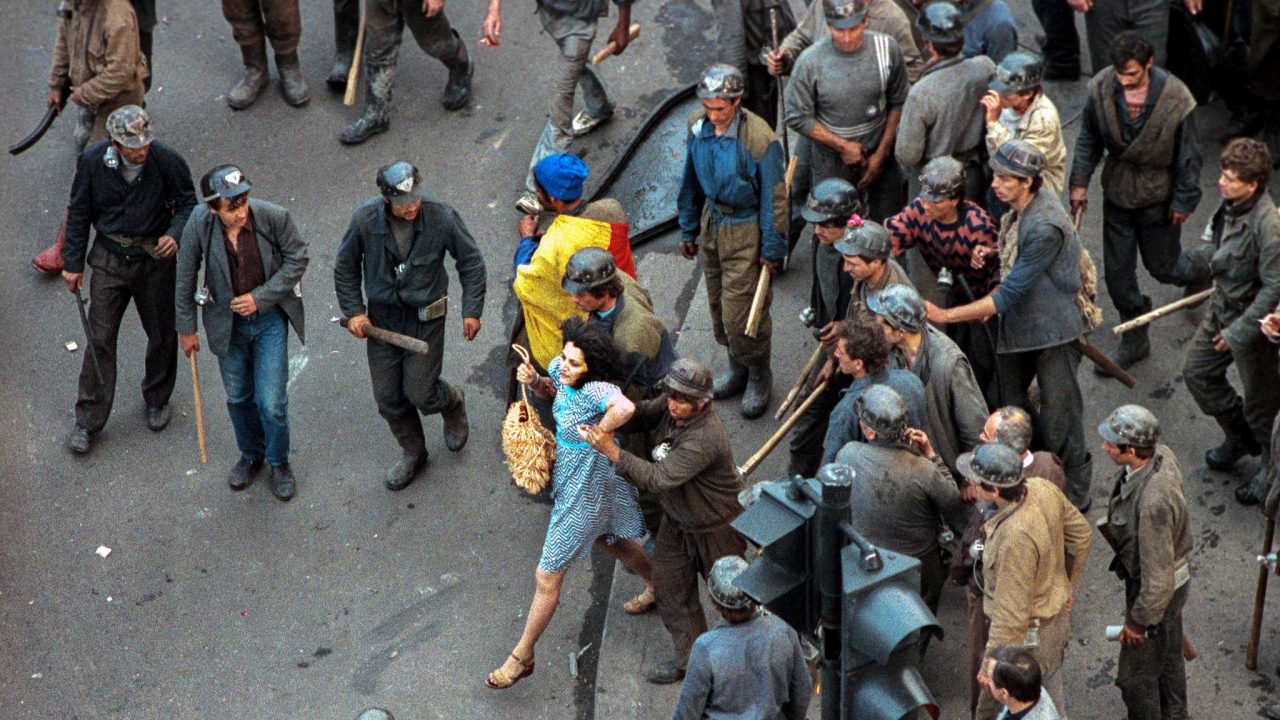 In Romania, the harsh 1980s ended with the fall of the Ceauşescu regime and much hope for the new times to come. Yet what was to follow was another difficult decade, with a society divided from a series of explosive events that took place in the 1990s: the Mineriads, when miners from Transylvania descended upon Bucharest to end protests in the capital. What exactly happened?

Romanian society, seemingly united in its desire to get rid of Nicolae Ceausescu´s regime in December 1989, was already polarized by the spring of 1990 around who should now run the country. The National Salvation Front (FSN), assembling leading figures of the Revolution, was supposed to organize the first free elections. FSN decided, however, to run for office. This led to heavy criticisms from those who pointed out that FSN was mostly composed of former communist party members and claims that the people´s revolution was being hijacked.

The Proclamation of Timisoara asked for a new government free of former members of the communist party, as well as a free TV (television was still controlled by the government) where opposition parties would get more equitable airtime.

In April 1990, protesters in Bucharest, including intellectuals and students, gathered in the city´s University Square and demanded the recognition of this Proclamation, which would have implied that most FSN members, including its leader, former communist official Ion Iliescu, could not run for office.

Romania organized its first multiparty elections on May 20th, 1990, when FSN and Ion Iliescu won. Some continued to protest, and on June 13th, the authorities sent the police to disband the occupation of the square. The new President Ion Iliescu described the protesters as “hoodlums” (Golani), “extremist and reactionary elements”, and the manifestation as a “fascist rebellion” and asked for the help of working people. Reputedly, workers from a Bucharest factory were shouting slogans such as “We work, not think”, signaling a new symbolic division between working people who defend order and students who protest without any contribution to society. From the faraway Jiu valley of Transylvania, special trains brought miners who were told that they were coming to “defend democracy from fascists”.

The University Square became a place of violence, with protesters being beaten and the university occupied. Stories abounded that everyone who had a beard and glasses – signs of being “intellectual” – was beaten up by the miners. Violence against Roma, seen as “unruly” elements, also occurred in Bucharest neighborhoods. The state-controlled Romanian TV presented the events as the eventual “defeat of violent scoundrels”, while international TV stations pointed out that democracy movements were stifled in Romania, and the local press was still not free. This was the beginning of decades of polarization for Romanian society, splitting up the people depending on how they saw the past, how they envisioned the future and the reforms they insisted upon.

Decades later, the Jiu Valley is battling with the closing of the mines and the stigma that miners were left with in parts of Romanian society. Bucharest´s University Square saw multiple protests in the 2010s, with another square becoming the protagonist of the large 2017 protests. The latter showed how the memory of these initial events shaped understandings of political parties even three decades after, with the inheritor of FSN, the PSD, being described by some as “the Red plague”. The long shadows of memory still haunt Romania´s politics today.